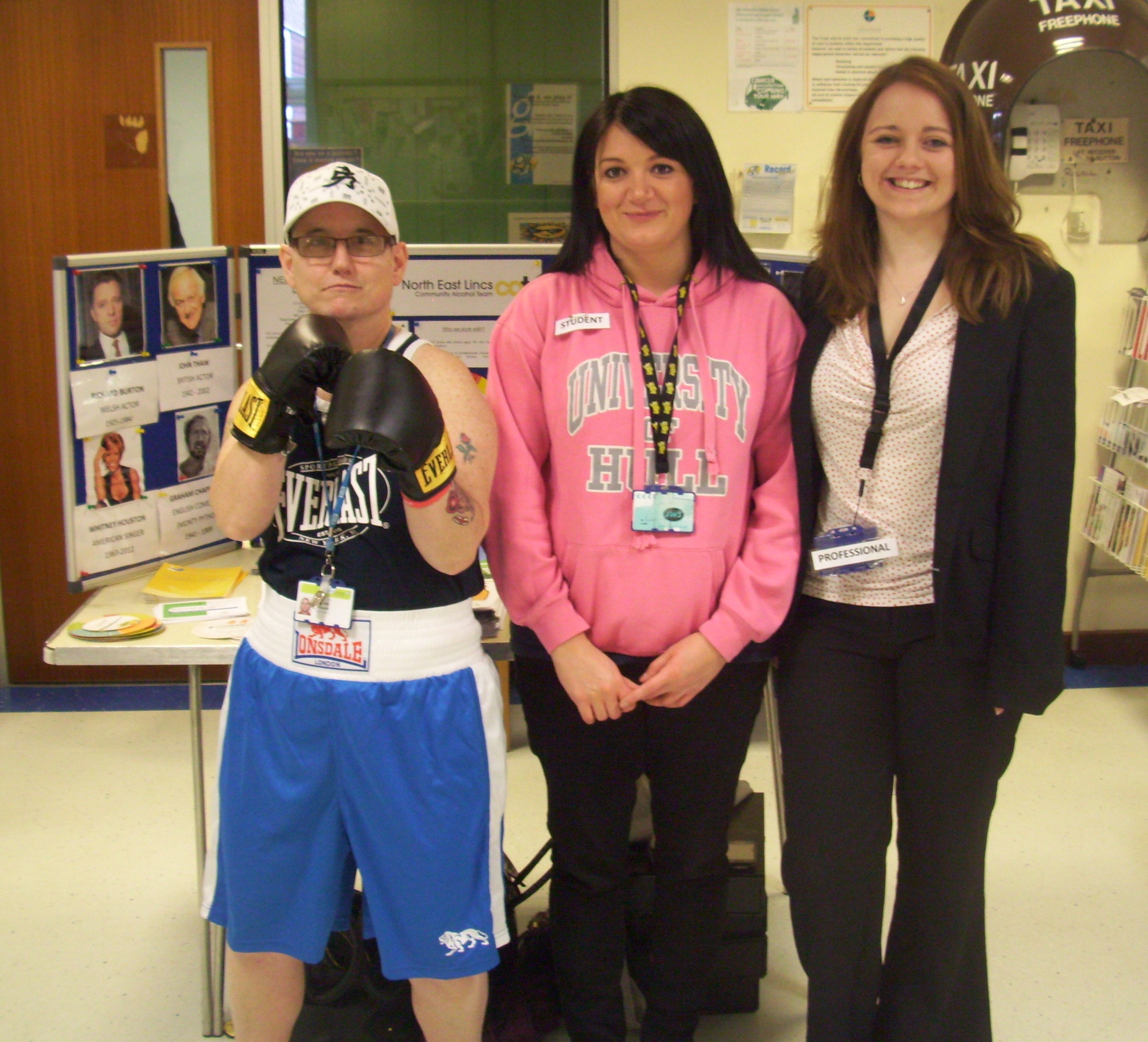 The Community Alcohol Team in North East Lincolnshire was out and about for Alcohol Awareness Week. They took a road show to the public outside a supermarket in Grimsby (12-Nov) and they were at the Princess Diana of Wales Hospital (16-Nov).

The team asked the public who they thought had an alcohol problem and dressed as an athlete (Lorraine), a student (Jenny) and a professional (Natasha). Of course, they could all have a problem. Alcohol can affect anyone no matter what their position.

The team took a display with them which gave information on alcohol and noted some famous people who had, had problems with alcohol.

The events had an impact. Some people came into the service later that week to ask for advice.