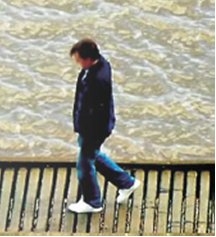 I was 13/14 when I had my first drink, me and my mates drinking Sherry we bought from a local ‘beer off’.  I remember the next day, the mother of all hangovers, “never again”.  A couple of days later it wore off, I’d had my first drink and felt I’d grown up that little bit more.  I’ve never touched Sherry or Port since.

Over the next few years drink never featured greatly until I was about 18 years old.  I had regular bouts of Friday and Saturday night sessions with groups of mates drinking lager or bitter.  Everyone else was doing the same thing so at the time it felt normal.

At 23 I got married.  I eased off considerably but still managed to have the weekend ‘binge’.  Along came children, which changed things, I would need to drink at home, at least 3-4 cans, 3-4 times per week, and it got to the stage where I needed to drink to have a good night’s sleep. At 30 years old and after 7-8 years of marriage, I got divorced. Although I do not believe the divorce had anything to do with my drinking.

After three months I met my current partner who I live with to this day.  We set up home together and soon had 2 daughters.

Drinking at home continued over the next ten years, alcohol became the centre of all arguments between me and my partner.  My view was that it was normal for most people to have a drink on the weekend so, if I was working on Friday or Saturday night I felt it was right for me to have a drink on Thursday or Sunday!  Also some of my partner’s close relatives had big problems related to alcohol so I thought her view on alcohol was tainted and I continued to believe that I didn’t have a problem what so ever.

Over the next few years I suppose I fought against this, keeping my partner happy by not drinking, but secretly sneaking it behind her back. This is where the hard stuff entered my life, Gin. My two reasons for choosing Gin were that someone said you couldn’t smell it on your breath and also it was easier to hide.  I hid Gin all over the house, in the car, outside etc.  It became my act of defiance against a restriction I felt was unjust.

Gin grew into my answer to aspects of negativity or ill feeling within the relationship.  If I sensed a mood coming on from my partner I’d make sure I had a bottle on stand-by.  There were times when I’d enjoy us falling out so I could carry on drinking to blot it all out.  It eventually got to a stage where any opportunity to down the hard stuff I would go down that road.

I was taking my Gin neat and by this time my children began to show disapproval and disgust by taking photos of me crashed out in drink.  I needed to admit to myself I had a problem, I couldn’t carry on the way I was going.  I went to my local GP who referred me to The Alcohol Projectin Hull and I went with my partner for my first visit.  From that moment I said to myself that this was the point of no return.

The balancing act was over, the booze and the highs of being intoxicated were no match for the good health and improved self esteem of being sober.  I began to feel good about myself again, no deceit, dishonesty, no hangovers, or beer breath the next day.  I’ve learnt that alcohol is not the necessity I’ve thought it was for years, but it was something that had become a major problem in my life and if I was to carry on the good life then alcohol would play no part in it.

It helped that I had someone to speak to, guidance.  I have enjoyed the process; I’ve embarked on a period of abstinence and also attend a weekly group where we share all our thoughts and experiences with alcohol.

I am happier now.