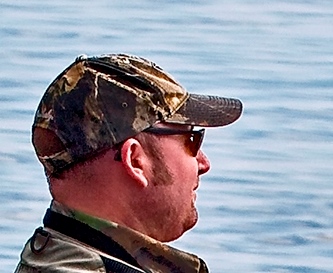 I grew up living on navel sites. At the age of 15 I was prescribed Diazepam for depression. At the age of 16 we moved to civilian life which was difficult to get used to. My dad bought a shop and I started nicking alcohol (Spirits). I wanted to go in the forces so I joined the TA for 6 years. This is when I got caught up in the drinking culture at weekends. At the age of 18 I was drinking to get to drunk. I would take Diazepam and drink alcohol on top. I was fighting, getting arrested and always angry.  Sometimes I couldn’t remember what I had done. Then I started drinking on my own at home.

I had periods where I would stop drinking but then I would start again. My drinking spiralled out of control which resulted in getting the sack from a nursing job which was my career.

I stopped drinking for 6 years but continued taking Diazepam daily. Then 1 year ago I had had enough. The GP had started reducing my Diazepam which was not my choice so I bought off the street. I was on codeine for back pain and restless leg syndrome; I was prescribed this for 2-3 years. I took them like smarties. I had become reliant upon the tablets to get me out of bed and to go to the shops. I knew I couldn’t continue like this.

I had thought about coming to Foundations and it took me 2 months to pluck up the courage to come. When I started coming to Foundations I would come to 1 or 2 groups a week. After a couple of weeks I came to all of the groups I could. Talking and meeting people helped me to combat my addiction. I had been so lonely and isolated in my 30 year addiction. The groups help me to socialise again. The support from other users also helped me along.

I am now 11 months abstinent and I have started the training to become a peer mentor. My main goal is to build my confidence and be able to talk to people. It’s like I am re-learning everything. I would eventually like a job but the confidence underpins it all.

“I am now 11 months abstinent and I have started the training to become a peer mentor. My main goal is to build my confidence and be able to talk to people. It’s like I am re-learning everything. ”
-