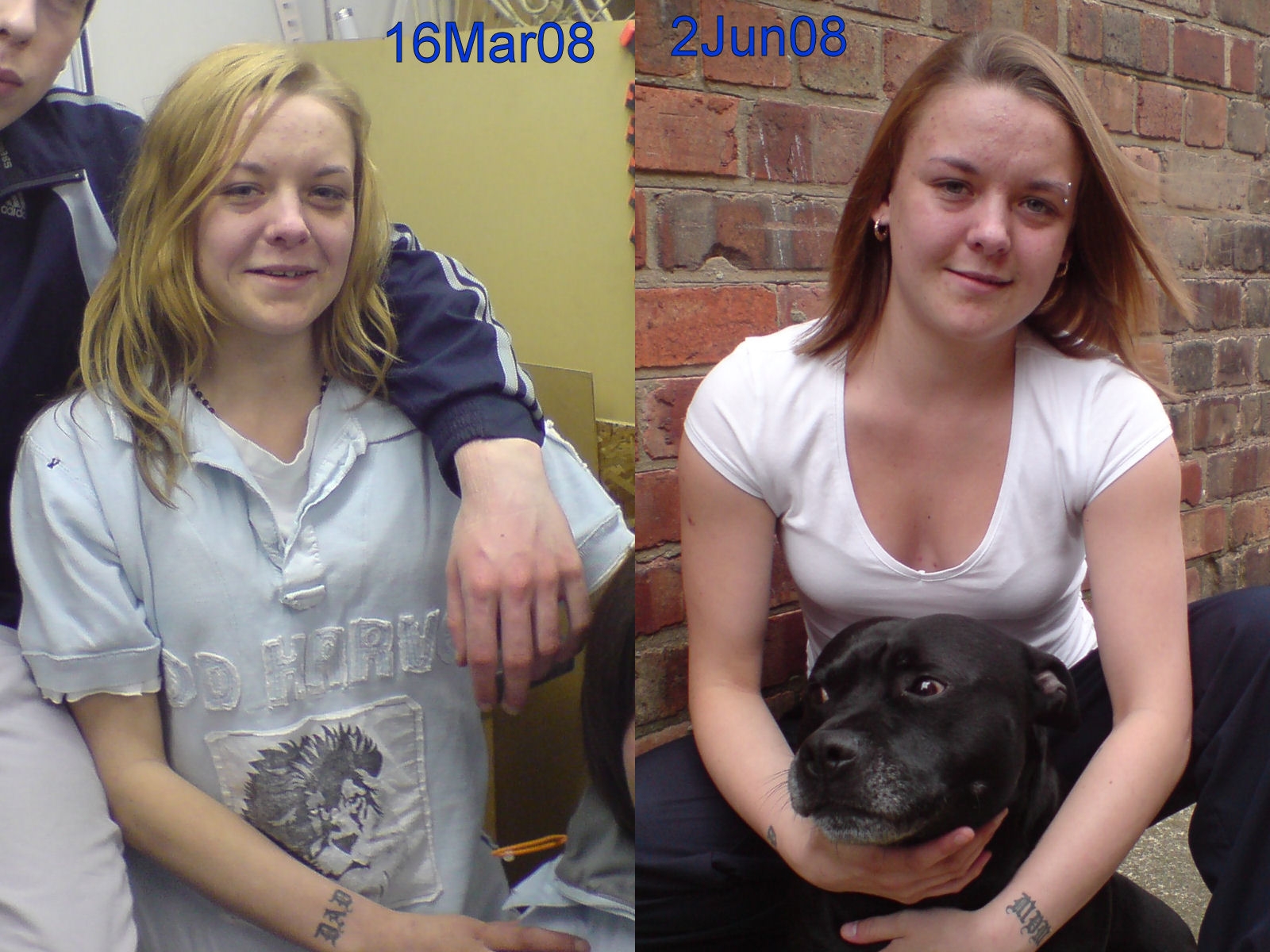 I am 22 years old and my life of using drugs began at the age of 12. I found myself socialising with people a lot older then myself, for reasons that I still don’t understand. The majority of them were heroin addicts or had an addiction of some kind. I felt that using drugs was normal as they were all using in front of me. I was naïve to trust them when they said it will be okay to try the drugs. This then led me to get involved in that sort of life style.

I began using cannabis and ecstasy. This then led on to me into trying Cocaine, snorting it at first before moving onto Crack Cocaine. I had also dabbled with heroin.

When I was 12-13 I didn’t realise what heroin withdrawals were, I just thought I was run down & had the flu as I was aching everywhere. At the time I didn’t really know what a drug addiction was or what it even entailed. It wasn’t until I was 14 years old that I realised it had become an issue.

I continued to use drugs in a chaotic way until a significant event in my life caused me to stop and realise what I was doing to myself let alone my family, by this time I was 18 years old.

I knew I needed to do something

I made the decision that I needed to make changes in my life. I knew I needed to do something, I looked at treatment options, I knew people that were using treatment services and were prescribed Methadone or Subutex. My own personal thoughts were that I would feel trapped as I would be tied to attending a pharmacy to receive my treatment. I personally didn’t want to do that, despite knowing people that had come a long way on prescribed treatment. One worry I had about stopping using drugs; was what I would be leaving behind, I have since found out that there was nothing to be left behind.

I had made the decision to move away and to go cold turkey. I chose a big city, where I had some family that I could go and see regularly. I booked into the YMCA armed with anything that I thought would help me. On the first day I arrived, I went for a walk around to familiarise myself with the area. Outside a newsagents’ I got talking to some people and was offered a phone number to buy some drugs. I walked away from them which, was very hard to do, but I had a goal to become drug free, I was not going to let myself or my family down, no matter how hard this was going to get. The rattle got very bad. What I found worst was not sleeping, days rolled into each other and I lost all track of time.

I stayed for 6 months, before returning home. I only did this because I felt my head was now in the right place for me to face my demons.

Was I strong enough to return and maintain abstinence? Well I am now 4 years drug free.

Since returning to Grimsby I am now becoming involved in our local support groups, I want to help give back using my experiences, mentoring and help shape drug services for the future, as they do have an important part to play in helping people through recovery, whether its through prescribing or supporting service users.