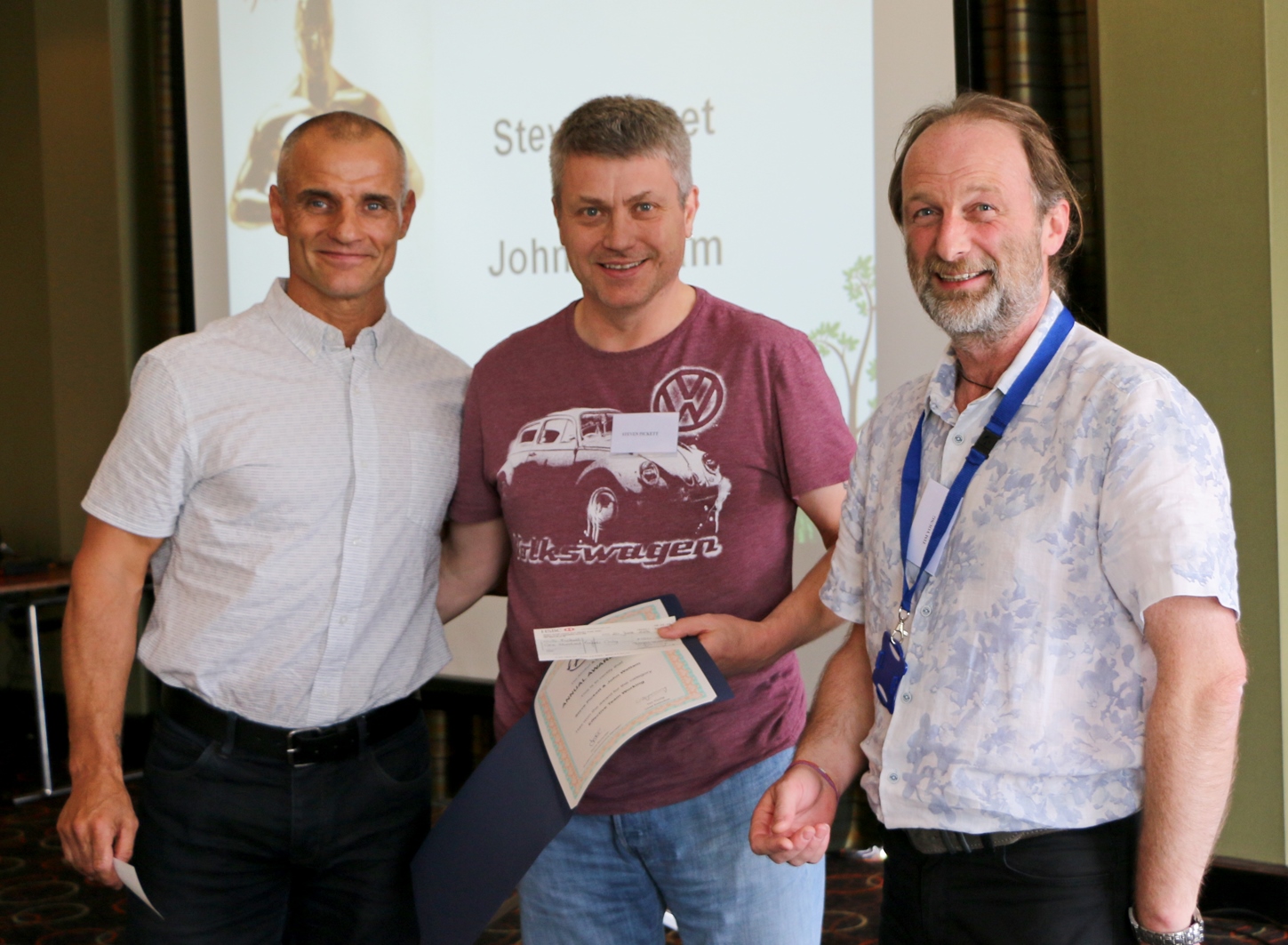 Two Grimsby-based health staff have been handed a special award for their teamwork after saving the life of an unknown stranger.

Non-Medical Prescriber Steve Pickett and Case Manager John Wattam who both work for Foundations Drug and Alcohol Service, were given the Teamwork Award at a recent conference held by the Alcohol and Drug Service (ADS), which runs the service in partnership with Rotherham Doncaster and South Humber NHS Foundation Trust (RDaSH) and social business Care Plus Group (CPG).

Steve and John (both 50) were busy working at Foundation’s town centre base in Queen Street, where they support people in their recovery from drug and alcohol problems, when a service user ran in to alert staff to a man who had collapsed at the top of Queen Street.

Steve Pickett said: “When John and I got there a service user was already trying to give the man cardiopulmonary resuscitation (CPR), so I took over and gave mouth to mouth via a mask, and John did chest compressions.

“Another colleague joined us to take timings and monitored for life signs, and we got the man’s heart re-started. I continued mouth-to-mouth via the mask until he started breathing again and placed him in the recovery position until the ambulance crew arrived.”

John Wattam added: “We’ve no idea who the gentleman was, but were just pleased we were close by and able to help.”

Steve and John have now been formally recognised by their employers in front of all their colleagues for their fantastic teamwork and presented with a special award.

ADS Chief Executive Tim Young said: “We are so proud of John and Steve!

“They are true heroes and fully deserve their award.”

Anyone who would like a confidential chat about drug or alcohol issues, can ring Foundations on (01472) 571200.