I have struggled with forgiving myself for the things I did 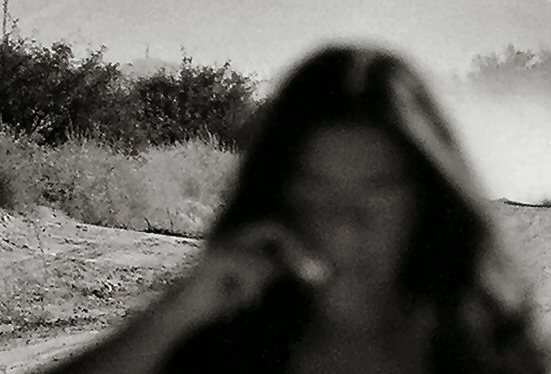 The beginning
I started using Heroin when I was 14. I was a typical teenager, moody, insecure and thought I knew everything. I met a guy just after my 14th birthday, he’d just gotten out of prison, was a few years older than me and I remember just wanting to constantly impress him with how mature I was.

We had an intense relationship and thrived on drama and trouble, nicking cars and siphoning petrol when the TWOCs ran out of it, sneaks on houses. We’d sell whatever we got and buy weed, get stoned and laugh up the nights escapades. It’s pretty naughty but I thought it was fun, the thrill of blowing police chases, the threat of danger was addictive but when you’re young you’re invincible right? We were Bonny and Clyde in my childish little mind I romanticised everything we did massively and felt no guilt over anything whatsoever.

Mainlining
A few months into the relationship my boyfriend began to change, he’d go into dark moods and became possessive and spiteful. He’d started smoking Heroin behind my back but I soon clicked on and wanted in on it.

Cut to 6 months later and we were mainlining gear several times a day every day, we’d gotten hold of a few cheque books and cards from TWOCs and I remember digging speed and obsessively practising the signatures on the back of the cards over and over for hours on end. Days would go by, we’d only leave the flat to go and score and we became massively paranoid, creeping about shiftily like a couple of ghosts.

When I was 15 I was introduced to a woman in Hull who ran a brothel from her house, she’d have ‘clients’ come over or send girls out in taxis to guys houses. I had a huge habit by now and didn’t think twice about what I was expected to do for this woman. I recall her describing the girls she had working when the punters called, fake name followed by a description of your looks and age. Had a lot of interest that first few weeks as she’d tell her regulars, (whom she knew weren’t police), how old I was and so on it goes. I ended up creeping out of that house at 5 in the morning with her stash of gear, she’d been taking half of any money I made and then the other half she’d get back anyway as she was my supplier.

I had a backwards light bulb moment and figured if I went at it on my own I’d at least have more drugs.

A fresh start
A few blurred years later I’d been done for Fraud and deception and decided I’d try to change my ways. I got some DFs from a mate and used those for a week instead of gear, gradually tailing them off. I managed to get clean and moved to Birmingham for a fresh start. After working in a coffee shop for a few months I met a footballer. We got on well and even though I felt he was a bit of an ego at times we had a laugh and enjoyed each others company, after 6 months we were engaged and living together in his apartment. Life was good.

He went out with his team mates a couple of times a month and after coming home drunk one night he told me he’d been seeing someone else. It took about three seconds for me to decide that I was going to take his credit card, jump in a cab and go see the Yardies in Highgate to score rock.

I used his mistake as justification to use again with immediate effect.
I lived with My fiancé for about another 6 months just pretending I was fine and that all was forgiven, he was so self absorbed that he didn’t really notice anything strange, he did ask me one day if I had an eating disorder to which I replied yes I did! That bought me some twisted sympathy and time.

I took £25,000 over 6 months from one of his bank accounts, all I did was score, get back to the apartment before he got home from training, lock myself in the bathroom, smoke rock then a bag of gear to come down with.
I lost a lot of weight, convinced myself that voices were talking to me from the bathroom sink. I spent a lifetime in that bathroom.

When the penny finally dropped one day after a call from his bank the inevitable happened and he kicked me out. I couldn’t have cared less about the relationship I just cried and cried as I knew the money was gone now.

The squat
As I had nowhere to live and had burnt all bridges with any friends I started living in a squat that a gang used to sell drugs from in Alum Rock. I was just passed about like a bit of meat in return for drugs, I’d become completely numb and devoid of feeling in order to get through whatever the days brought so I could smoke another pipe, just kept envisioning that next lick.
From there I ended up spending all my time in a crack house, existing only for drugs.

One night the dealers boys came in to sell, a large group of mostly 18 yr olds. One of them took offence to a remark I made, He punched me in the face then took his belt off and beat me with it whilst his mates laughed. I blacked out and when I came to there was only one guy in the room with me, he had always been the quiet one out of those boys. He gave me £100 in grubby fivers and told me to get on a train and go home. The boys were planning some nasty stuff for me. I was just an animal to them. He’d tell them that I nicked the £100 so he wouldn’t loose face, also that way I definitely couldn’t come back.

That was one of the best things anybody has ever done for me.

My family let me back
I turned up at my mums door the next day all beat up with my black eye, fat lip and dirty clothes, she must have seen something in my eyes as she just hugged me and I balled and wailed for about an hour straight. My family let me back into the house, under a load of conditions, but I got my head down and saw it through. I got onto a Methadone programme and after a few stops and starts I eventually stopped using.

I’ve come off my Methadone now, reduced bit by bit over time from 120 to 10ml. From 10ml I reduced 1ml every two weeks down to 2ml then did a Lofexidine detox.

Easiest time I’ve ever done a rattle, if you could even call it that, I slept every night for a good few hours and apart from some mild but annoying pains in my legs in the second week it was surprisingly easy.
Now it’s just keeping busy and staying focused, I know how easily I can loose my head in a pipe and after such a crazy and miserable time I’m not going to put myself through that again.

I have struggled with forgiving myself for the things I did, it’s like the aftermath of all that chaos but it’s something I have to deal with and work through.
I have more self respect now and that feels amazing, I have real time to spend with people I like and love and it’s so nice to wake up and think…thank f*** that’s over.