It was November 29th 2011 when Mr Tom King first made contact with North East Lincolnshire Community Alcohol Team with regards to research he was undertaking into 10 Dudley Street. We invited Tom, if he was ever in the locality again, to come for a trip down memory lane and pay us a visit to see what we have done with the place. On 19th December 2012, accompanied by his daughter, we were delighted to show Tom round and hear more about how the landscape had changed around the house and stories of yesteryear.

Tom spent the first 8 years of his life in the house, which originally stood at 10 Dudley Street, until he was abruptly evicted in 1942 due to a German bomb scoring a direct hit on Number 8, which also made rather a mess of Number 10.

Tom explained some of the events and changes in relation to Dudley Street “A sociological change, I suppose you would term it The Ghost of Christmas Past — I clearly remember almost daily visits to Dudley Street by a muffinman, who (in case you've never heard of one) would parade down the street ringing a handbell and carrying a wooden bakers tray on his head.  The tray was stacked with fresh-baked muffins and crumpets, both of which were very popular with the residents — particularly the many children living in the street, not least myself!”

Tom continued “ Most of the houses on our side of Dudley Street had a low wall, about 24 inches high, running along the front edge of their front gardens and these were topped by a wrought-iron decorative set of railings about 18 inches high. To people nowadays it may seem odd, but those railings were some of the earliest "casualties" of world War 2, in that anything metal, which was considered by the authorities to have no absolutely necessary purpose, was removed and melted down to make weapons. Two or three days after the evacuation of Dunkirk, we came downstairs in the morning to find those walls occupied by a seemingly unending line of battle-fatigued soldiers, lying on the pavement and propped up against the walls. Suddenly, then, the picture changed as all the residents flocked out with an apparently inexhaustible supply of tea and food; it was almost as if the appearance of the troops had been anticipated and the whole welfare 'operation' had been pre-planned. I well remember that day, as my father had laid in a substantial stock of tins of Heinz tomato soup together with other sealed foodstuff items as a hedge against wartime shortages — all down in that musty cellar! My job was to fill Thermos flasks with the soup, run out to the street and pour it into the eagerly-proffered billy-cans of the exhausted troops. They were so very grateful!

Talking of the musty cellar, which — as I remember –had a brick floor, which always seemed to be somewhat damp. Well, my father stored quite large wooden boxes filled with dried haricot beans down there but, as it happened, no one went down into the cellar for some months after the arrival of the beans. Then, when the day came that someone did go down there, the whole floor was covered with 2 foot high bean plants. The damp had expanded the dried beans, which caused the boxes to burst, scattering the beans throughout the cellar, where they germinated and grew!”  (The damp cellar remains original to this day!)

Eventually Tom left Grimsby in 1949 without ever seeing the building, which we now occupy.  Then, in about 1985 he paid a short visit to look up old acquaintances and family, so took the opportunity to go and see the new house.  At that time, the ground floor was occupied by Guardian Royal Exchange and the upper floor by Lincolnshire Life magazine.

During this visit, there was no one in downstairs, so Tom went upstairs and talked to the magazine's secretary, who he described as a very level-headed lady in her early fifties.  In the course of their conversation, she told Tom that there were frequent occurrences of footsteps being heard emerging from the usually empty office, which is situated above the front door, and that they continued into her office directly across the passageway.  Not only that, but as she sat at her desk in front of the window with her back to the door, she would often feel a tap on her shoulder.  At first, not unnaturally, she found this rather disturbing, but eventually she grew so used to it that she didn't even bother to take any notice of it!

This was interesting for NELCAT, as since we moved into the building there have been several reports of hearing footsteps! 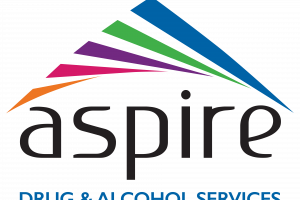 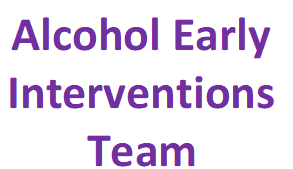 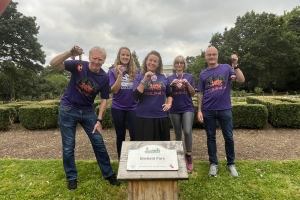