I didn’t start taking anything until I was 38 years old! 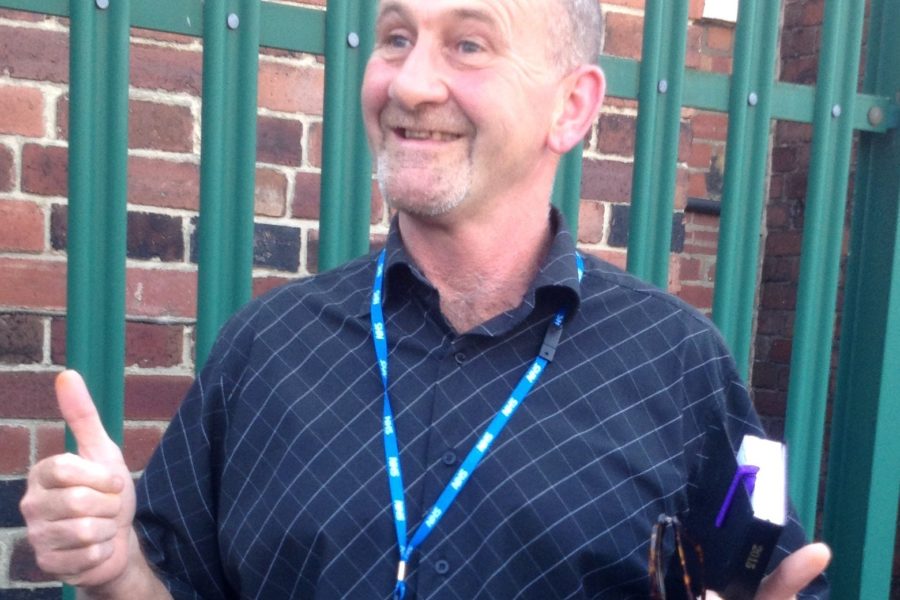 My story is not typical; I didn’t start taking anything until I was 38 years old!  I had a very happy healthy childhood.  I grew up in Bradford and joined the army at 16 years old.  I was in the army for 10 years.  My life changed when I got married and I realised that army life was not for me anymore.  I got an interview for the prison service and was accepted.

My problems started at 18 years old when I injured my back in the army serving in Germany.  This problem flared up in the prison service and I kept having to have time off due to the pain.  After 16 years of serving as a prison officer I was pulled in by the bosses and was sent to see the BMI Health Services Doctor to be examined.  I was deemed unfit for work and a liability and was advised that I should medically retire.  I saw my boss and he told me to see how it goes and advised me not to go off sick anymore and if I had to, to blame it on something else.  So, I went back to work and I was still in pain and didn’t know what to do.  I knew my mum had some strong painkillers (hydrocodone and tramadol)so I asked her for a couple in hope that they would take the pain off.  They did.  This was the start of my addiction, I was 38 years old and it was 1998.

I went back to work and I realised that my stress was subsiding and I had a warm feeling, I didn’t care if my back hurt as I felt warm.  I had absolutely no knowledge of prescribed drugs and the dangers.  I had only heard of the hard street drugs like Heroine and Cannabis.  I had no idea the pain killers I was taking were opiates!  During this period of time I also suffered from stress, depression and anxiety.  I was prescribed antidepressants, but I didn’t take them, I was of the mindset that ‘I’m not taking them, they’re a girly thing’.  So I kept taking mums tablets.

My tolerance started to build up as the warm feeling didn’t last as long, so I started taking more tablets.  I was on 8-10 a day and kept needing more and more.  I started to realise I was on too many and thought ‘I need to stop these’.  Then I totally stopped.  Little did I realise that I would go into withdrawal and I felt like absolute sh**t.  One of the inmates saw me and asked if I was alright.  He asked me ‘Have you been taking anything? Sounds like you’re rattling?’  So I told him what I was taking and he said ‘you are kidding me!’  I asked him ‘How long will it take to go away?’  He told me that I needed to start taking them again, so I did.

During this time, I had lots happening at home and lots of stress from family life. We were also really struggling financially.  So I’d take a few more tablets to stop the stress.  This went on for 5 years to the point of me taking 20-30 tablets a day.  My GP was prescribing them for my back pain and I was getting them from my mum too.    At this point things went from bad to worse and I ended up losing my job due to my addiction.

I realised I had a big problem but was too embarrassed to ask for help, I thought ‘I’m not that type of person’.  I went through a self detox and then tried to get employment but just got knock backs.  So I started to use the tablets again.  I couldn’t cope without them.  I was stressed and depressed and felt like a failure.  I had reached rock bottom.

Then in 2011, 4 years ago I decided that I wanted to know the answer to a question ‘Why is addiction attacking me?’ and I went to access help from The ADS service in Goole.  I entered the building with my tail between my legs, thinking I would be judged, but of course I wasn’t.  From that moment, I decided in my head ‘Never Again’.   This time I actually meant it and vowed that this time I would do it for myself.  I’ve come to realise that being selfish in recovery really does help.  At the point of entering the inpatient detox unit in Barnsley I vowed that I would help other people with addiction, I felt very strongly about this.

I started attending the recovery group with Practitioners Lucy and Mark.  Standing up in the group and saying where you where, where you are now, and where you want to be has helped me reach my goals.  I started off by saying I wanted to help others and run my own group.  This was my goal.  I then went on to become a Peer Mentor and a SMART facilitator and I realised I’d achieved my goal! I reassessed my position and my goal and decided that I wanted to gain more education and awareness of substance misuse.  I then got a place the ADS Substance Misuse Awareness Level 3 accredited training programme and completed this.  All of this happened fairly quickly and I decided that my next goal was employment, though I wasn’t sure I was ready.  I got great feedback from my key workers and recovery group members and I decided to apply for a job at ADS.

I gained an interview for the Structured Day Programme Worker but was unsuccessfully.  I felt hugely disappointed, but got great feedback from the interview panel.  Another job came up in Doncaster for a Drug and Alcohol Support Worker and I applied and got an interview.  On the day I was so nervous and could feel my heart pounding in my chest.  I couldn’t believe it when I got the call from ADS to say I had got the job.  I was so emotional and thanked god for putting me back where I believe I belong.

Life now is pretty stable and I’m accepting of anything life throws at me.  I’m able to rationalise thoughts rather than acting on them irrationally.