I got up and discovered my dad trying to hang himself 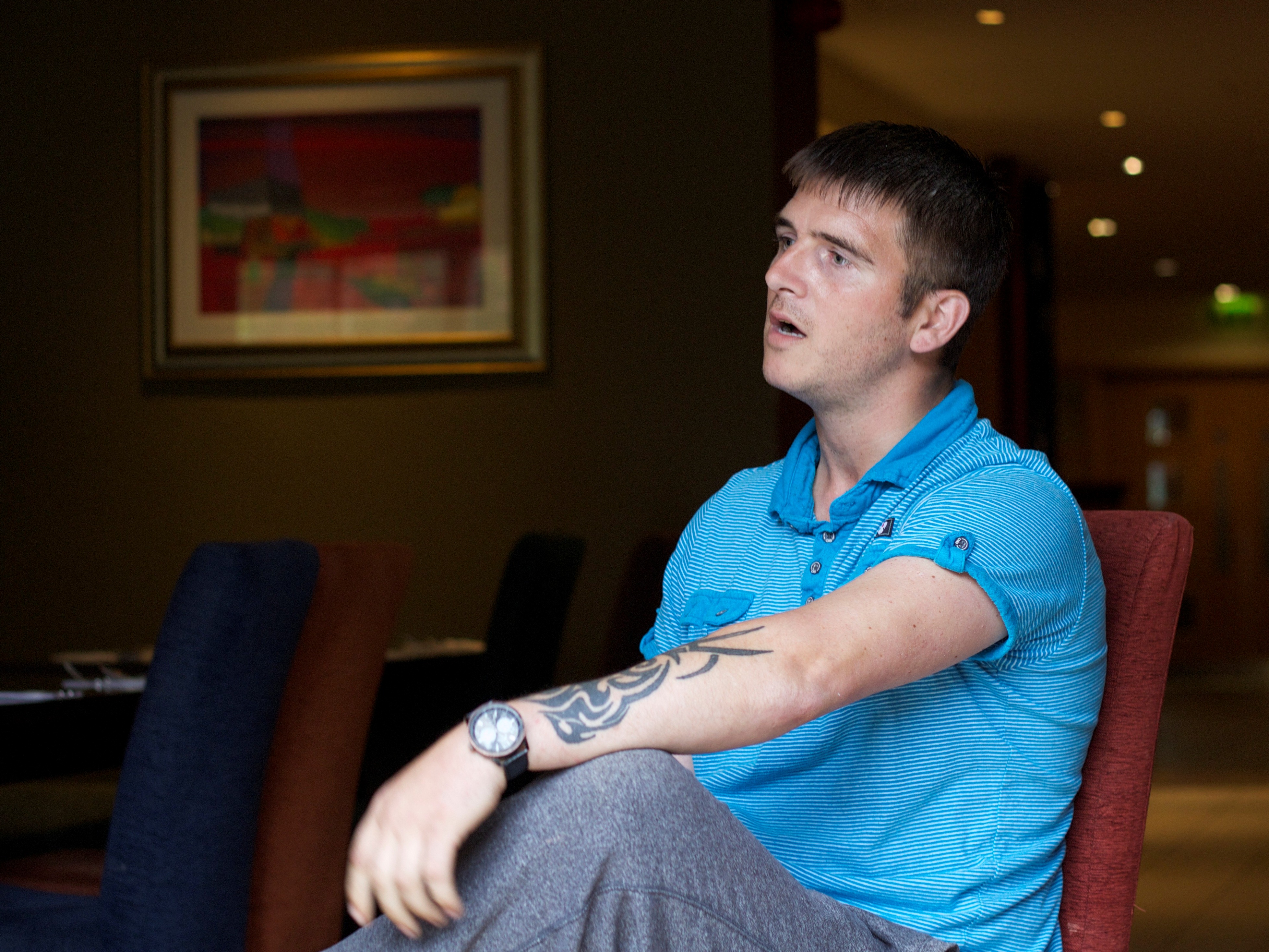 My breakdown started when my dad came home from sea and used to be drunk and I used to see him knock my mum about. They separated when I was about ten and I chose to go and live with my dad because my three siblings stayed with other relatives so my dad would have been on his own.

My dad’s job finished and he carried on drinking excessively, leaving me with his friends parents until the early hours of the morning. One night I was already in bed when I heard my dad come in from a nights drinking. As I lay in bed I could hear a gurgling noise so I got up and discovered my dad trying to hang himself at the top of the stairs. I managed to untie him and get him into bed. I pushed his bed against the wall and made mine at the side of his so I would know if he got up. I can remember this like it was yesterday but I have never spoken to my dad about it. After that I spoke to my mum and I ended up in children’s home where I stayed for 2 or 3 years before I was found a foster parent at a ‘pick a child party’.

My older brother was living with a woman who sold weed and I often used to go there. Eventually curiosity got the better of me and I started to smoke weed.

When I was 16 I moved into the YMCA because my foster placement came to an end. I met some people in the YMCA who were using Ecstasy and whizz. I tried the whizz (speed) once and didn’t like it but when I took Ecstasy I felt protected and started using it every day. From there, I started getting introduced to more people at the YMCA, it felt like they were all on their own different drugs.

We would go out and pinch motorbikes and cars together getting into more and more trouble. I got caught with a motorbike and got arrested for the first time. Then I got arrested for driving a car, when I went to court I got a disqualification and a driving endorsement. The next time I was driving a car that the others had pinched and the Police pulled up behind me. I drove off chased by the Police, got caught and was held in the cells overnight to attend court the next morning. I received a 6 month prison sentence and roared my eyes out. I was 17.

When I got released from prison I went to see my brother who was still living with the woman that sold weed. He told me there was a new ‘liquid resin’ weed out so I said to him ‘go get some’. When I first smoked it I was sick and couldn’t understand why I was sick from smoking weed. I can remember wondering why my brother never mentioned the liquid resin in front of his girlfriend but I didn’t question it at the time.

One time after I had been to see my mum I was going to my brothers friend’s house when on the way I started to feel ‘not myself’ I was thinking what’s wrong with me I don’t feel normal. I eventually thought, “I bet that’s not weed I’ve been taking.”  I said something to my brothers friend and explained to him how I felt and he passed me some heroin saying ‘just try this’. As soon as I’d had a few lines I felt as though nothing was wrong. I started crying realising I had been smoking heroin and was now addicted.  When my brother arrived at the house his friend gave him a whack for what he’d done to me.

From there we both went our own way. I went to Hope Street Hostel and stayed for about 8 days. While I was there I thought, ‘I need to get away and do something’.  I went down docks one day and jumped on a boat and asked for some work and was told to come back the next day. By three o’clock the next day I was on that boat with a carrier bag full of clothes and off I went. My life sorted itself out for about 3 years.

When the boat got decommissioned I was then back on land with money, no responsibility, no structure and no path to take. My instant thought was heroin.  I started using again and when the money ran out I started shoplifting to fund my habit. I then started using vallies.

When I was using vallies my crime started to get worse. I did 3 street robberies while on valium.  I got arrested for hijacking a car – I was a total mess – and got sent back to prison. As daft as it sounds it was a Godsend because that was my eye-opener.  I was even hoping for a long sentence so I could get myself together.  When I went to court I was remanded in custody. I was on remand for a year in which time I completed a rattle from heroin and got my head round things.  In total I got sentenced to 11 years with 6 years to run concurrently.  Out of that I ended up doing three years and four months in prison.

The minute I got sentenced I started to mature in my head and then was transferred to the adult side of the prison. At night time I used to sit with a diary and work out, where I was, what I could do and where I was going. This is where I made the choice and decided to get as much out of it as I possibly could. I ended up doing bricklaying, painting and decorating, welding, alcohol awareness and drug awareness courses. I also became a prison listener, which meant I supported inmates who were feeling suicidal or like they couldn’t cope because it was their first time in prison. I would be put with the person to support them in their cell until they found their feet.

After I was released from prison I was put on a prolific offenders programme for two years and had to present to probation four days a week and they would come do a home visit and a urine test every Friday. After this programme ended I thought to myself I can do what I want now and I thought I could do heroin ‘just the once’ and be alright.  This wasn’t the case and I ended up going to DIP and saw Lynn who was my absolute saviour. From there I went onto Methadone and it just progressed. I last took heroin over two years ago, which was two days before my son was born.

One day, my mum had gone away on holiday and asked me to keep an eye on my brother who was still heavily using heroin.  I followed him everywhere including to an appointment at the Junction. I got talking to Hayley who told me about their service user group ASPIRE and I decided to go along to the group.

From the first time I went to the group I felt really welcome and being accepted meant a lot to me. I am now part of the furniture as it is a strong structure for my on-going recovery. ASPIRE has been a major, major part of me being stable and learning new ways to cope with what life throws at me. Hayley has been a big part of this, sometimes I think if I hadn’t spoken to Hayley I would have just thrown the towel in. Being a member has opened up new pathways for me like how to find out new information, rather than just leaving things.

I have now been asked to become a Peer Mentor with ADS and have taken the Peer Mentoring training course.  My application to be a mentor is being processed now.  Never in a million years would I have thought I would have been in this situation. I always thought I was going to be a no-gooder.  It means that as a mentor I am given trust and responsibilities which I would never have achieved if I had stayed a user.