5lbs of Fat? Alcohol Awareness Week in the East Riding 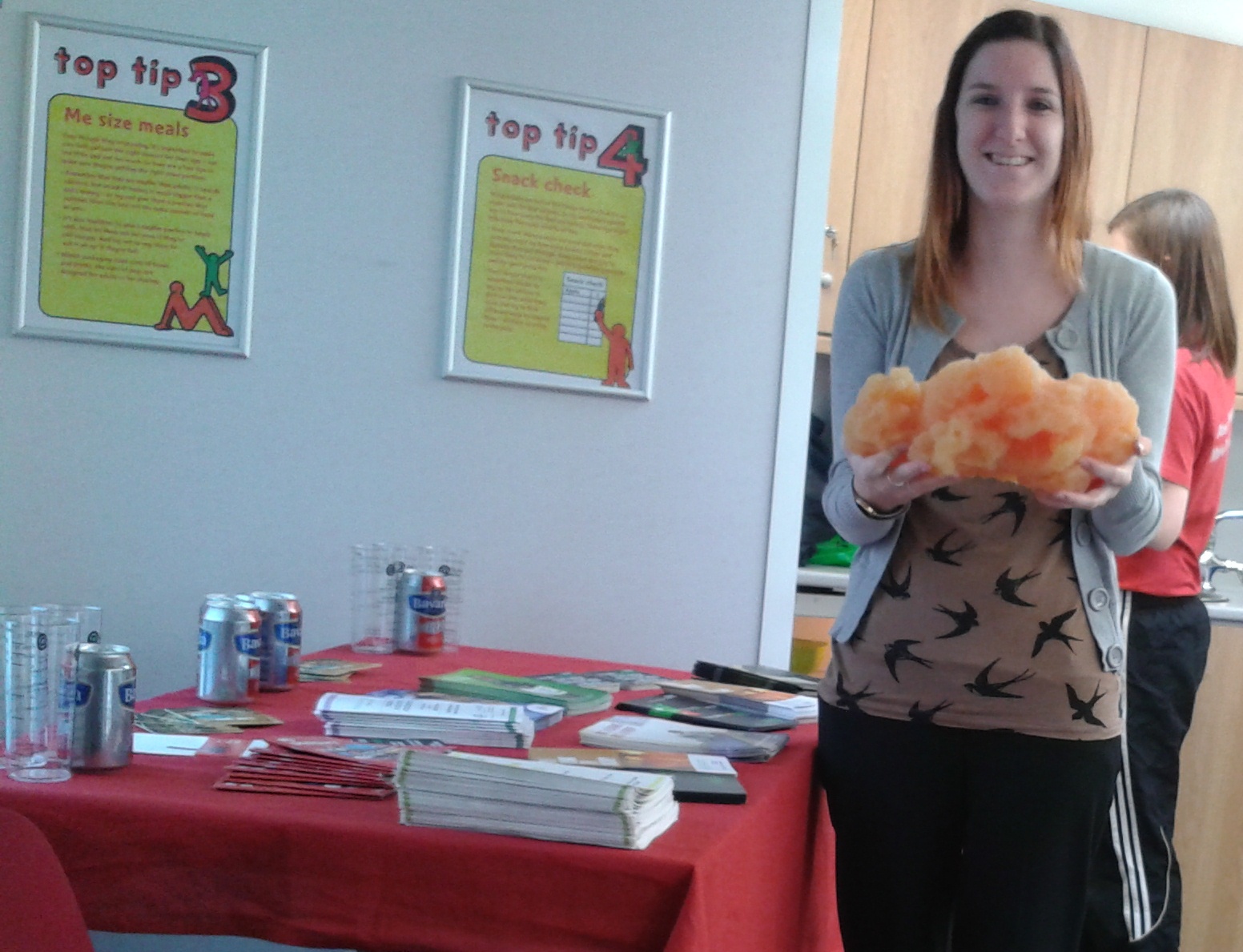 The Alcohol Aftercare Service and the East Riding Partnership (ERP) have joined forces with the health trainers to promote discussions on alcohol for Alcohol Awareness Week.

Going round the area in the Health Promotion health bus, sessions were held in Bridlington town centre on Monday, in Tesco's car park in Goole on Tuesday and in Aldi car park in Withernsea on Wednesday.

The health trainers are promoting healthier lifestyles and we link in with discussions on the role alcohol plays in this.

Kayleigh is holding 5lb of fat which is what could be gained through drinking – yuk! The team encouraged people to think about their drinking and offered advice and signposting to service. The campaign is linked with Think Before You Drink website at www.thinkb4udrink.org/home/